Today is Memorial Day, that hallowed day of the year that we, grateful citizens of these United States, formally honor those men and women who have died while serving in the US military.  By the early morning hours, there were many heartfelt sentiments posted on social media to these men and women, to our cherished veterans, and to those who serve today.  It is, with all its pomp and circumstance, a glorious day of celebration and expression of gratitude.  But this post is not about all that.  This post is personal.  This post is about the man I know, who served his country with distinction, and whose service, I believe, transformed a rebel of a boy into a man of intense honor and loyalty, into a man capable of making the most difficult of decisions, a man who would endure and survive a life that demanded all that he had.

By all accounts, my father was a hellion of kid.  Defiant, rebellious, irreverent, without fear.  I’m pretty sure he can shed some personal light on the view from behind the bars of a local county jail or two.  To say he was lacking a certain level of respect for authority would be putting it lightly.  His home life wasn’t Leave It To Beaver material.  I don’t really know what exactly prompted him to enlist in the Navy at 18, but I suspect it had a lot to do with an intense desire to get out of dodge. Regardless, it has long been a quixotic vision in my head, this wild child, sitting in some doubtlessly gray and cold and lifeless office, signing up for the authoritarian of all authoritarian endeavors.  Perhaps he knew, somewhere deep down in that young mans soul of his, that he needed to find a place for himself in this world.

I have heard a lifetime of stories about my dad’s early years in the military.  Suffice it to say that, before he met my mother, he didn’t allow his newly minted enrollment in the military’s finest to stunt his affection for mayhem.  I have often wondered exactly how he managed not to get himself court marshaled.  But I have also felt a modicum of relief that he was allowed, by some stroke of mercy from the universe, to be who he was in those early days, and to thrive in a place where it would seem, from the bare facts, he might not be tolerated.  Life was good to him then, I think.  He had found a place for himself where he could be himself, where he could grow up a little, and where he alone could determine his future.

My dad was an air traffic controller in the military, not a job for the faint of heart.  It’s like juggling, except with planes, not to mention lives, dependent on your abilities.  And he was good at it.  Very good.  In his career, it seems to me, he learned to channel all that energy, all that intensity, into something brilliant.  And in turn, the rules and the formality of the military showed that wild young man that sometimes, rules are not made to be broken, that they can serve you as well as hinder you, and yes, sometimes, they can even save a life.  This symbiotic relationship, though certainly not a love affair from either side, served my father well.

It’s always been a source of amusement, the story about how my mother and father met, and how their long courtship resulted in countless rejected marriage proposals until, finally, he got a yes.  My mother is Japanese, very shy and reserved, and doesn’t drink.  Envisioning her rejection of my dad in those early days of his military life, hard drinking, heavy smoking,  and foul-mouthed, is not that hard to do.  Deciding to clean up his act and propose sober for once was the best decision he ever made, before or since.  His partnership with my mother is going on 56 years now.  But, oh, what those 56 years have seen, what those 56 years have asked of him, that is where this story lies.

My brother was born not quite two years before me.  My mother went into labor during a blizzard that virtually paralyzed Misawa Air Base where my father was stationed.  It would turn out to be the first of many challenges they would face when it came to their children.  As a child, my brother suffered from epilepsy. I can remember waking up to find my parents at his bedside as he suffered yet another seizure that would grip his body like a vice. As he got older, his symptoms worsened.  His brain would punish him by short circuiting, he would lose control of himself, and suffer bouts of violence. Eventually, it was discovered that he had a large tumor at the base of his brain, something that required very risky surgery.  They endured the hours of waiting at the hospital hoping that he’d come out of it, at the very least undamaged, but more hopefully, with an easier life.  Thankfully, he did.

When I was about four years old, I climbed up on the stove to watch the soup boil.  My mom was making lunch for my brother.  My shirt tail caught on fire.  I apparently didn’t notice.  We don’t talk about this much, my mother and I, as it causes her too much pain.  But I think she told me once that I was singing when she walked in and saw me.  I spent a long time in the hospital.  I don’t remember it much.   As a parent myself now, I cannot imagine how painful and difficult this must have been for them, first not knowing if I would live or die, and then having to watch me suffer through so much pain.  I did, of course, survive, and I like to think I did a pretty good job with this life of mine.

These were harrowing experiences for my parents. But for my father, it was harder still.  He had a job to do.  He had a really hard job to do. He had a family to support.  Being an air traffic controller does not allow for distraction.  People’s lives are at stake.  To say he had to man up would be an understatement.  That wild child from days gone by had, during the span of a handful of years, become a man of unshakable determination, loyalty, and faith, in himself and in his place, as a husband and a father.  In sickness and in health.  These were not just words for him. And he developed a code of honor by which he continues to live each day, a set of rules that apply no matter who you are, no matter what you do for a living, or how important you deem yourself to be.  Many a man can say he lives by such rules.  But to stand by them at any cost, that is rare indeed.  It would, as it turns out, cost him dearly.

My father was more of a father to my son than his own father was, by my son’s own admission.  My father was at every game, every concert, every karate practice.  My parents were daycare central for both my kids.  My father and my son were, in all honesty, closer than any father and son could be.  They did almost everything together.  When my son was in high school, they rebuilt an old car together, something they had been planning for years.  In ways subtle and not, my father imparted the rules by which he lived in both word and deed.  He felt it was his responsibility to show my son how to be a man, to make sure my son understood what honor meant, and what it means to be a responsible human being.  So when my son decided to step outside those rules, to turn away from his family and to live a life that my dad could not condone, that beloved relationship, one that meant the world to him, was shattered beyond repair.  My father found himself at a fork in the road.  Choose to hold to his values, the very values that guided him through the toughest, most heartbreaking times of his life, or put them aside for the boy he loved more than life itself.  How many of us could make such a decision?  At the end of the day, it doesn’t matter what anyone else thinks he should or should not have done.  He did what he believed he needed to do.  It took everything he had to stand by his beliefs.  The grief of that decision, then and now, touches his soul and burns him with sadness and loss.

My parents are both in their eighties now.  My mother’s health has been a challenge for the last decade, and my father has taken on the role of her caretaker.  He makes sure she eats and takes her medication.  He watches her weight religiously. He is her chauffeur to endless doctor’s appointments and frequent visits to the ER.  I have watched my mother become almost completely dependent on him.  He is her rock.  He has lost none of the strength and will and fight of his youth.  This is a battle he knows he cannot win, but he will fight it with all that he has until there is nothing more to be done.  I know he loves her, that is a given.  But he upholds his vow to honor her as well in these last years of her life, to give her dignity and grace, to ensure she goes on her own terms on her own time.

So, on this day that we honor our military heroes, I would like to say “thank you” to those men out there who helped to shape the man my father became.  Most are gone now, but I hope they know the part they played in providing my mother with a man she could love and admire and count on, for providing me with a father who taught me the meaning of honor, respect, and loyalty, and for giving my children a grandfather who is larger than life.  They would be proud.  I know I am.  If I have but a sliver of that strength running through my vines, I know I’ll survive whatever this world has to throw my way. 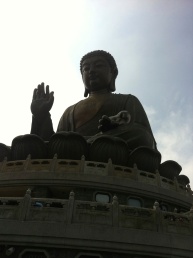 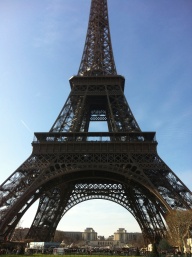 I have no idea where I was…. 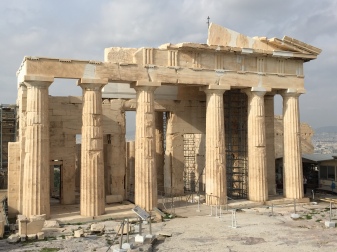 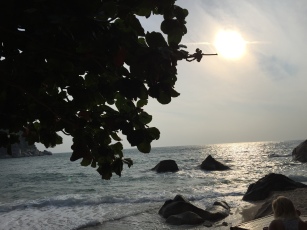 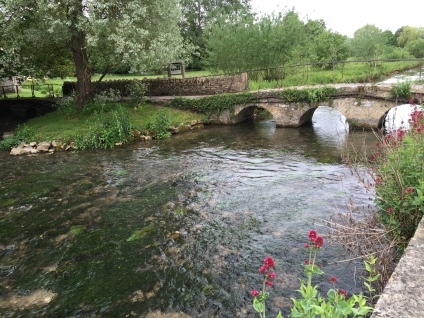 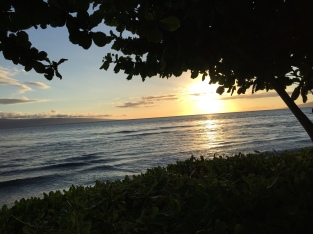 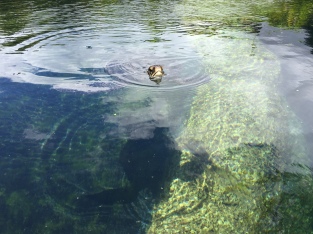 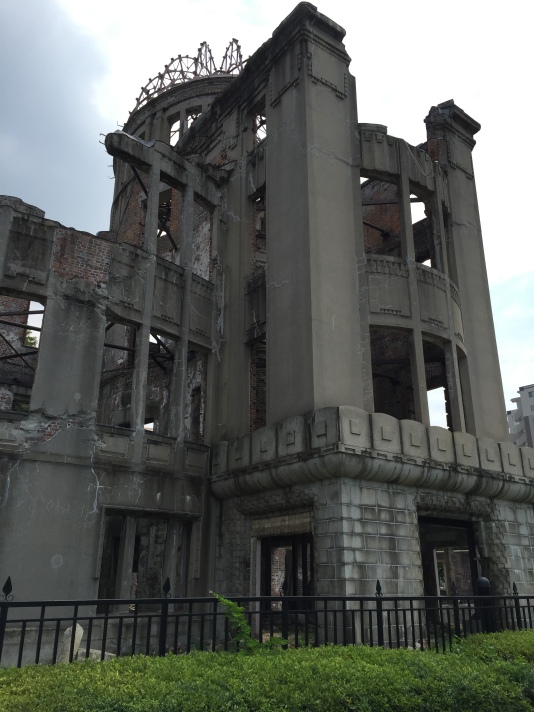 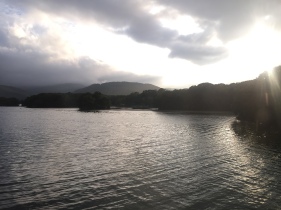 Out a train window somewhere in Japan 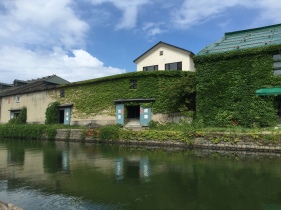 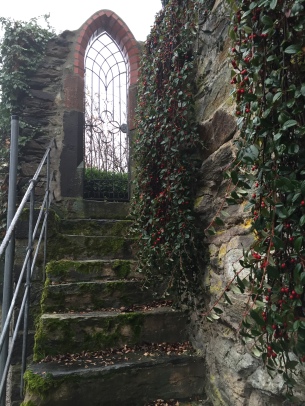 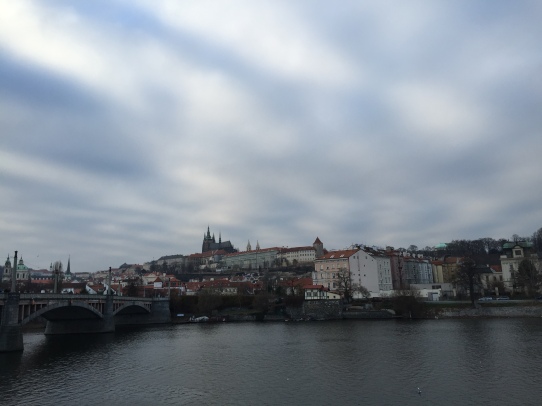